Mandated to act for a EU based real estate group seeking to formalise their marketing activity with the aim of supporting its brand alignment & globalisation strategy whilst expanding into new business areas.  Hamilton PR devised a marketing strategy implemented in-house with our guidance through ongoing mentoring

There was a dual strategic marketing objective: to create the portfolio of choice and the investment of choice, underpinned by three tactical stages to create a distinctive identity.

Our focus was to secure support for the brand alignment in general. Key was maintaining the foundation of the story: brands, transformation plan, portfolio investment approach, balance sheet strength.

Meeting the needs of all audiences

Hamilton PR is mandated with providing public relations services in order to better positioning the investment fund brand in both current and targeted markets, as well as increase awareness in prioritized niche and vertical industries. 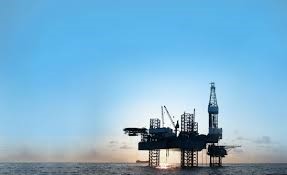 Working with one of the world’s leading industrial gases companies. We supported the client in various roles, both in the UK and beyond

The Mandate – With a focus on application technologies, our objective is to engage a mainly technical audience of engineers and engineering managers, raising awareness of advanced application products and services.

The Campaign – Hamilton PR provided writing, media relations and event management support to the firm’s Advanced Products and Systems divisions in the UK as well as other business units worldwide.

Our objective is always to communicate complex messages clearly, create truly compelling content and come up with creative marketing ideas that are both exciting and technically accurate to support the client to achieve media outreach & generate regular to coverage in top industry trade titles

Ongoing support – We have also directly marketed and produced quarterly customer development reviews to keep customers in the UK informed about the range of its services, advanced engineering solutions and major projects

Working for the market leader for integrated accounting, payroll and payment systems, supporting over six million customers in 24 countries around the world.  It now employs over 13,000 people globally, including operations in the UK and Ireland, mainland Europe, North America, South Africa, Australia, Asia and Brazil.

Whilst recognised as a leading brand yet other non – core products as a whole had low awareness in some global regions. The client needed to raise its global profile – and specifically raise awareness of its cloud over desktop HR and payroll products.

An additional challenge was the company’s broad range of potential customers, from start-ups to enterprise, across verticals and job function, with different needs and varying knowledge of the technology that can help them grow their business.

Preference to target decision-makers in HR, payroll and finance with a company size of one to 1000 employees. This meant focusing on engaging with those from the c-suite and HR assistant to small-business owners. Although diverse, initial research revealed a strong emotional driver across the audience: HR and Payroll professionals felt over-burdened and under-valued for the work they do. Rational drivers of accuracy, people skills and compliance also came into play.

Outcome – The campaign brought prospects into the funnel at all stages, irrespective of where they were on the path to purchase – and in many cases before they had even begun. Priceless in today’s B2B environment.

Ongoing Support – To widen reach and maximise interactions, we assisted the client to develop a high-impact video working with a 3rd party provider. Promoted via the same combination of channels, the video engaged audiences with a warm, human approach, more often associated with B2C.

The campaign, which was translated into three languages, was devised to attract and guide prospects into and through the marketing funnel with original, targeted content, directly relevant to their identified challenges. Emotive campaign content and gated assets engaged prospects and delivered them to the top of the marketing funnel.

Data captured when prospects entered the nurture programme and where, depending on the action taken, they received ever more in-depth content on their topic of choice, via their preferred channel. Assets at the top of the funnel consisted of light subject matter such as blogs and infographics, while the mid-funnel offered papers, reports and webinars, and the bottom of the funnel directed prospects towards the most appropriate HR and payroll products